Farming, Fishing and ForestryThere are 2 new stories out for sale for 2018 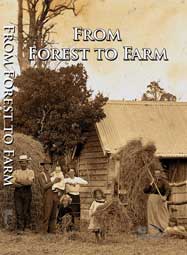 “Our early pioneers arriving in a land covered in forest or tussock, it was a challenge, which only the hardy could survive. Women were often the key to farming ventures, working like galley slaves, carrying water, cooking, initially living in tents until a suitable cabin was built. Doors were never locked honesty was part of their culture, as was pride in working the land. Follow land development from man power to horse power and on through to the arrival of tractors and modern farming. Where to now for for the sons and daughters of those pioneers ? What future will farming hold for them if they can get a start? Although the pioneering life was one of hard toil it was a life of achievement and working together, perhaps a lot simpler and happier than for the people of today.

“They were not were not just Men, they were mighty Men”

Follow the stories and lives of the Bushmen, doing one of the most dangerous jobs in New Zealand, from the days of crosscut saws and whistle boys to the modern contractor.

Hear how it was in the big timber of yesteryear , through times of huge change and the views of those involved with this tough industry such as Mike Carran.